Opulent, extravagant, decadent – Salomé is a visual feast furnished by lavish art nouveau designs inspired by artist Aubrey Beardsley and an unforgettable performance by the tempestuous actress Alla Nazimova in the title role.

Inspired by traditional Arabic ensembles, Charlie Barber’s percussion score makes an equally dramatic impact.  Performed by musicians playing from two towers flanking each side of the giant silver screen, this is a riveting blend of music and spectacle – quite unlike anything else. 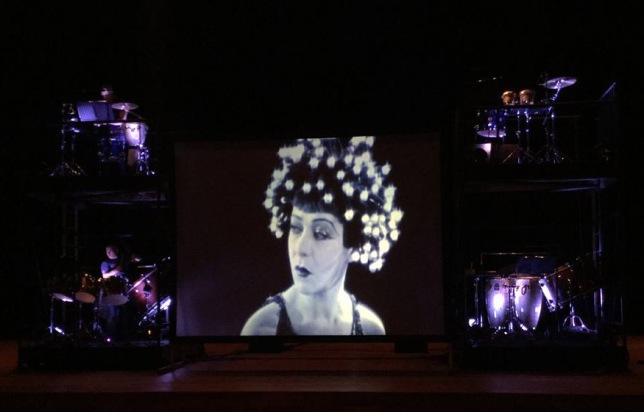 This project has been financially supported by: